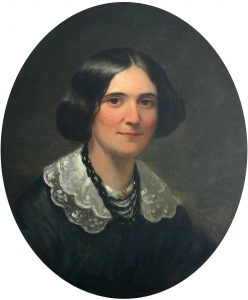 The Los Angeles Review of Books published my piece on lost fiction by women writers this morning, “Ghosts on the Page: Alice Cary’s ‘Hagar: A Woman of To-Day’ and Other Lost Books.”

If you’ve known me for any length of time, you will understand how much this means to me. So many women writers have fallen into obscurity and out of print for reasons relating to racism and misogyny. I cannot imagine, for example, a world without Zora Neale Hurston, a Harlem Renaissance writer whose work was all but forgotten until Alice Walker made it her mission to shine a light on Hurston’s work.

The cancelation of women writers who challenged the status quo, on top of the fact that it was only relatively recently acceptable for women to write at all, means a lopsided literary canon. Consider this, too: What would literature look like today if women had participated equally from the beginning of time? If women had contributed equally to the development of form?

I never considered any of this until I read Virginia Woolf’s “A Room of One’s Own,” and I never considered that women writers of color are even less represented in the literary canon until I read Alice Walker’s “In Search of My Mother’s Garden.” But once I began considering these things, I couldn’t stop considering them. That’s why it was important for me to write this piece and why I’m so thrilled it found such a marvelous and perfect home.